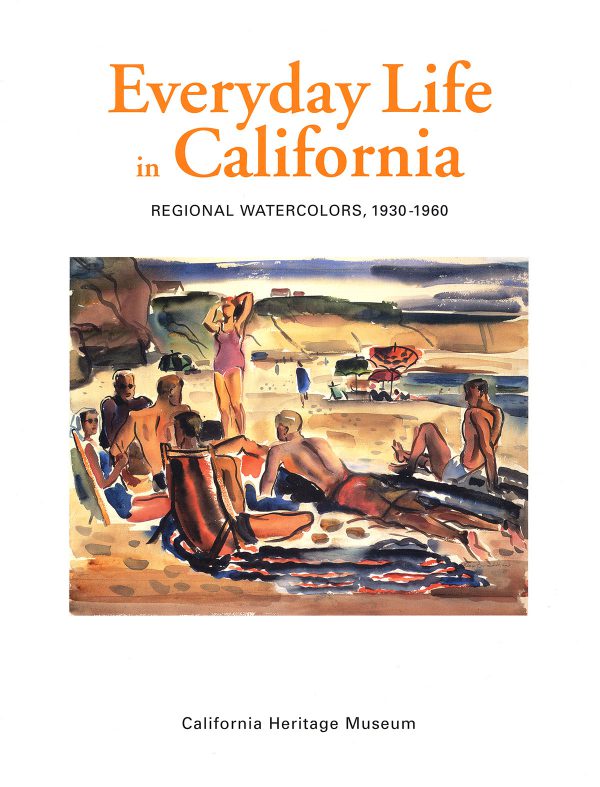 This catalogue for the 2004 exhibition at the California Heritage Museum in Santa Monica is composed of eighty delightful watercolors by several of the best known artists of the California School, including Milford Zornes, Emil Kosa, Jr., Millard Sheets, Rex Brandt, Phil Paradise, Lee Blair, Dong Kingman, and others. Known for their spontaneous-looking approach that emphasizes the transparency of the paint, and for their simplification of subject matter into graphic designs of bold patterns, these artists captured ordinary scenes of daily life. Arranged here thematically, the scenes of train yards, docks, harbors, beaches, tenements, city parks, and farms show the sunnier as well as the grimmer sides of life in California through war and depression, as well as prosperity.