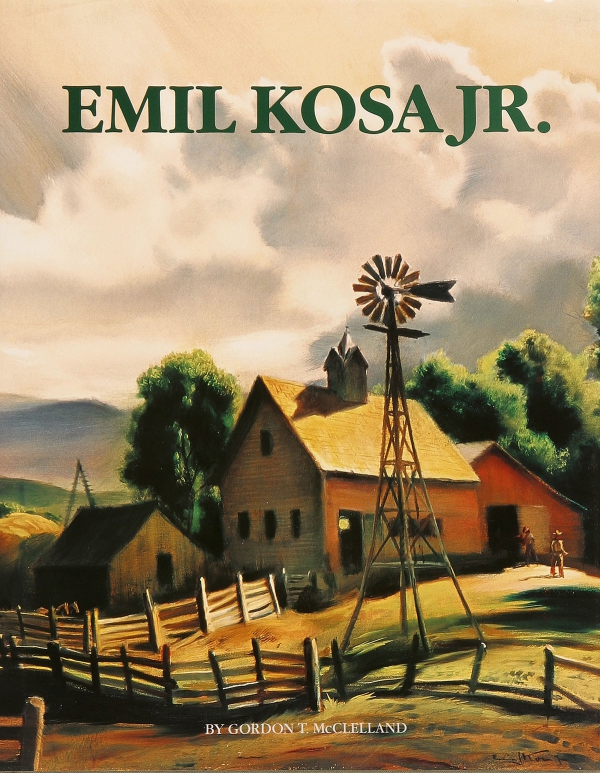 This half-Czech, half-French artist, who won an Oscar for his film work in special effects, is well known for his watercolor and oil landscapes of California, particularly his scenes of downtown L.A. and industrial scenes of such unorthodox subjects as oil wells and parked trucks. Anyone who loves L.A. will be fascinated by his poignant depictions of Bunker Hill with its decaying Victorian mansions just before and during demolition for the new freeways and skyscrapers of the 50’s and 60’s. He somehow manages to make even freeway ramps look beautiful, and Downtown was never so romantic, painted with Kosa’s typically deep shadows and backlit drama. This compact but generously illustrated volume also includes many of his paintings of Mexico and Hawaii. Gordon T. McClelland writes about the artist and his life with genuine affection, and includes the text of a lecture given by Kosa in which he explains his view of art and its purpose which is as humane, down-to-earth, and vivid as his art itself.