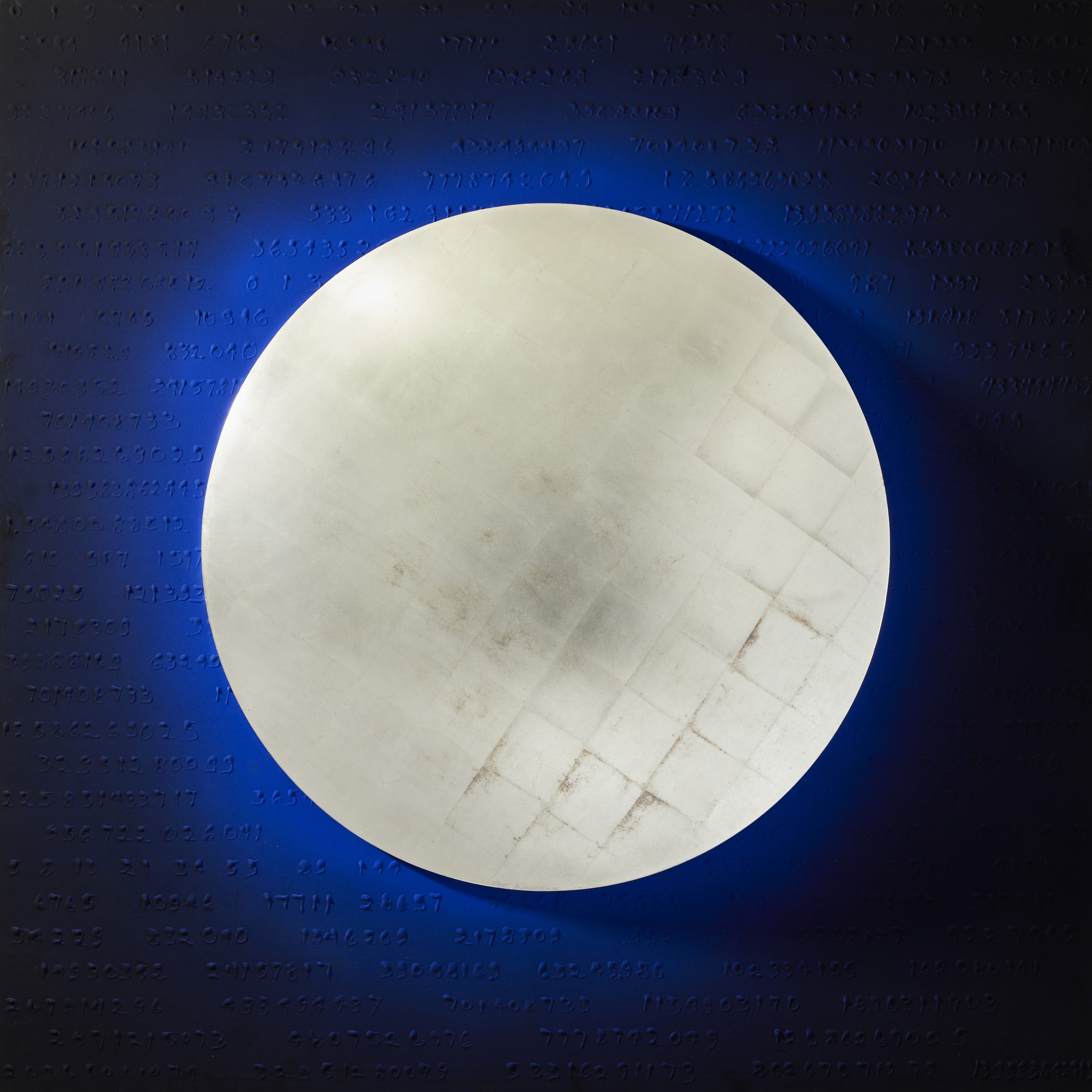 In a career spanning over sixty years, Lita Albuquerque has produced a body of work that defies many traditional ideas of what it means to be a “Californian artist.” Though she was born in Santa Monica, Albuquerque grew up in Tunisia and Paris before resettling in Venice, CA during the 1970s.

Albuquerque’s return to California occurred in the years following the emergence of the Light and Space Movement, which was arguably one of the most significant developments in California’s artistic history. For many artists, the Light and Space Movement was an opportunity for individuals living on the West Coast to respond to the aesthetic styles that began prevailing in New York City during the 1960s – namely, Pop Art, Minimalism, and Color Field painting.

The Light and Space Movement is often characterized by works created with an attention to the relational aesthetic between light and materiality. Albuquerque tackles huge concepts like time and space and translates them into ephemeral works of art that often utilize pure pigment. In these works, pigment has been applied to the surface of the panel without a binder like oil, acrylic, or resin. This technique results in a painting with a delicate but, more importantly, a non-reflective and far more visceral surface than we see in traditional painting.

Albuquerque’s work grapples with concepts of eternity, the infinite expansion of outer space, and humans in relation to the cosmos. Such big ideas call for a bigger canvas, which is why many of her works are large-scale installations made within the natural landscape. As a result, there is an imprinting on the earth that correspondingly creates visual maps that can be viewed from above.

Lita Albuquerque, (b. 1946, American), Untitled or Auric Field or Lunar Flash, Black and blue pigment on panel with 24k gold leaf on...